As a continuation to my previous post on How Much Value for Money Are You Really Getting From Group Buying Sites, here is my next restaurant review based on this series.

Deal details:
Greek gastronomy at its best! Just $50 for a divine dining experience for two inc choice of meat or seafood platter and a bottle of wine at Santorini Hawthorn, normally $118.

What you get:
• Choice of meat or seafood platter for two
• Pikilia – antipasto of dips with grilled vegetables
• Saganaki – aged goats cheese
• Bottle of red or white house wine (worth $20)
• Fabulous traditional Greek food with a modern touch
• The perfect place to impress a date!

The Verdict:
Hubby and I went to Santorini with 2 other couples so between the 6 of us, we had 3 vouchers to spend! First impression was actually not bad, Santorini is a decent Greek restaurant with a lovely cosy interior and warm atmosphere. We were greeted by a lovely (and cute) waiter and the staff were quite friendly and we were rather happy with the service we received. Unfortunately, not all Group Buying Deals participating restaurants remember to “be nice” to these customers despite the fact that they’re paying for an overly discounted meal. Restaurants need to keep in mind that if we like our first time here, we are more likely to come back – or tell other people about it like what I’m doing now! So I must start by saying WELL DONE to the staff at Santorini for not being such “snobs”, hehe.

For starters, we had the “Pikilia” an antipasto of dips, tzatziki, htipiti, eggplant, caviar with grilled vegetables served with bread. We had two of the above platters, they just decided to give us 2 bigger plates rather than the usual 3 normal sized plates for the deal. It was quite filling, and the dips were a good variety to go with the bread. 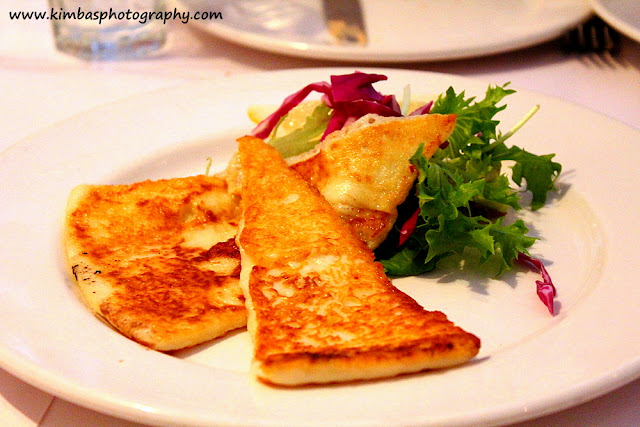 Also served as starters was the “Saganaki” aged goat’s cheese that has been lightly grilled. Grilled cheese! Was super rich and again, very filling it’s almost as if they want to make sure we’re already full even before our mains came out! 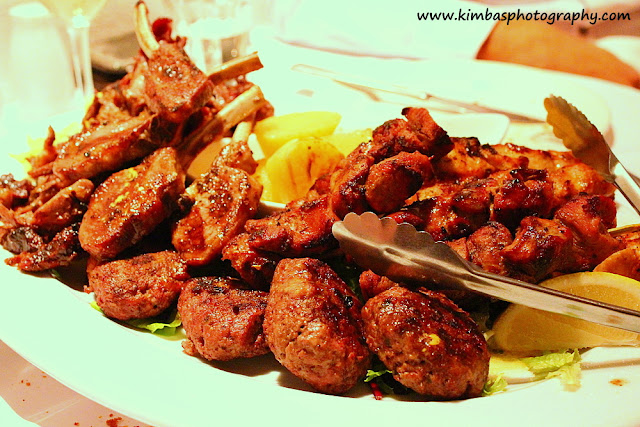 Between the 3 couples, 2 decided to have the Meat Platter and 1 couple decided to stick to the Seafood Platter. When the Meat Platter arrived, we had to double check and make sure it was for 4 people, and not 2! Thankfully yes it was… and even between the 4 of us we struggled to finish the platter. Sooo much meat! And we didn’t even try to eat the potatoes, haha. The meat was delicious! A selection of Gyros, Souvlaki, Biftekia, Chicken Skewers and Lamb Cutlets. 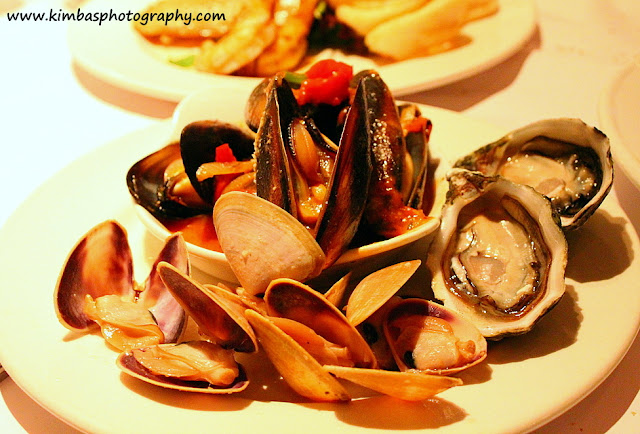 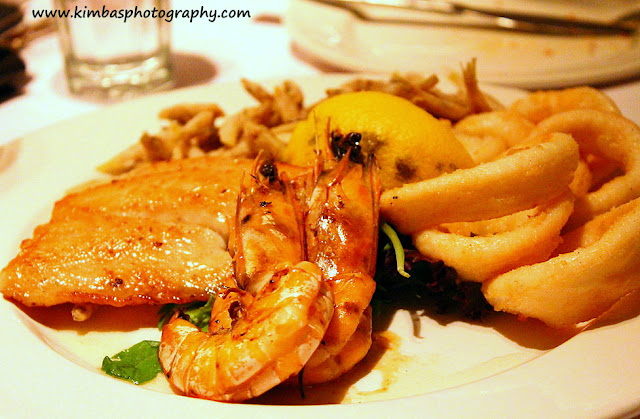 The seafood platter was a healthy selection of mussels, oysters, pipi, grilled fish, prawns, calamari and whitebait. Looks delicious actually! It was good to go with other people because then you can sort of share the meat and seafood around the table. It would’ve been an extremely hard decision to ONLY choose either meat / seafood.
Oh, and not forgetting the fact that we had 3 bottles of wine that night… plenty of laughs by the end of the night. It was a good night 🙂

So two thumbs up! I am officially SOLD on the Group Buying Sites and their restaurant deals, just don’t be afraid to be slightly picky and only go for the deals that would be worth your money. Pick a good location, and buy multiple vouchers so you can share a good meal and have a fun night with friends. I usually find if it’s just two people, you tend to feel slightly ripped off. With more people, there’s more food on the table and you also tend to spend the extra bit of money on something not included in the deal aka dessert (and that’s when the restaurant actually starts making some money off you). Either that, or you be really picky and only purchase group buying deals that include desserts OR sometimes you can buy a $50 voucher and order ANYTHING on the menu up to the value of $120. That’s also a good deal because then you can order whatever you drink you like, choose your entree, your main and your dessert!

Now I’m off to check out today’s deals and see what else I can score… lol.

10 thoughts on “Santorini, Hawthorn via JumpOnIt.com.au”