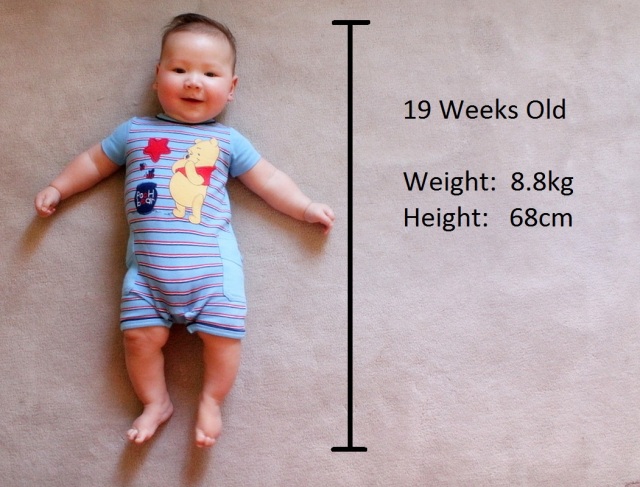 Micah’s original 4-month review Maternal and Child Health appointment was cancelled due to the nurse being away sick. So, we had to reschedule at a health centre that’s a bit further away from the one we usually go to and the review has been delayed by a few weeks.
The nurse at this other place was so lovely, I’ve decided I would come back to this one for his 6-month review! Usually they don’t do 6-month reviews, but since I plan to start his solids at 6 months the nurse thought it would be a good idea to scehdule an appointment just to discuss that.
Micah completely wowed the nurse and had glowing reviews everywhere. We are so pleased with his development and everything is well on track. He is rolling over and back, and even doing some commando crawling on the playmat! Using his feet and knees to move inch and inch on the playmat until he reaches a toy he wants to grab and put in his mouth! Just today I caught him rolling over and back several times to reach a truck, and then he moved the truck along with his hands while on his tummy! Such a clever boy 🙂
His growth is still beyond the 97th percentile, although his weight gain has slowed significantly compared to his 8-weeks review but that’s because he is moving around a lot more and getting some exercise! On a weekly basis, he is still gaining a bit more than the average weight gain. 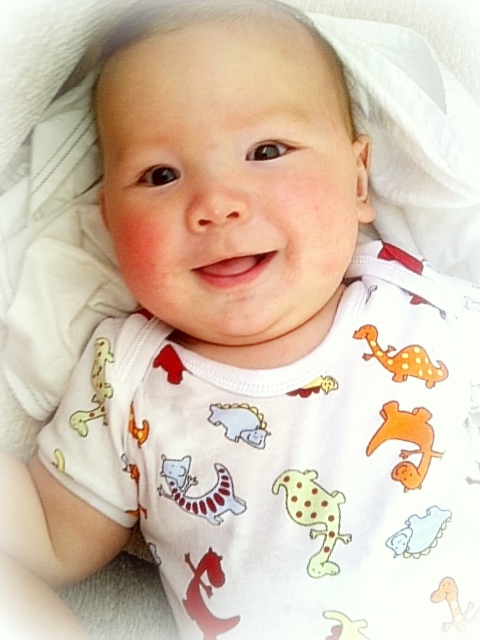 So proud of you, my little man. Keep up the good work!!