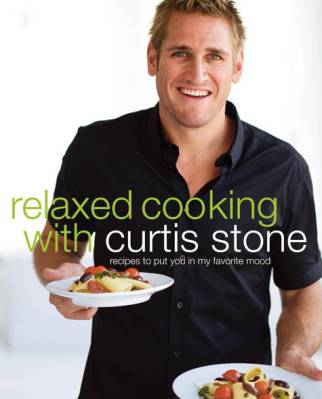 Move over, Jamie Oliver – Curtis Stone is my new hottie celebrity chef. Ever since he appeared in MasterChef Australia 2009, I have always been intrigued to find out more about this Aussie chef.
Curtis Stone is a ‘young gun’ Australian Chef, born in Melbourne, classically trained in London under the legendary Marco Pierre White. He is the face of a new generation of Chefs. Curtis is an author and presenter of the globally successful cooking/lifestyle program ‘Surfing the Menu’ and has one of America’s most popular reality/cooking shows titled, ‘Take Home Chef’. His success in the US has been phenomenal, with People Magazine voting him as one of the sexiest man alive. Well deserved recognition, but don’t you ever get cocky on us Curtis! LOL. Nah he’s a humble pie 🙂
The Celebrity
Curtis’s introduction to the States has been a huge success, with recent guest appearances on Oprah, The Today Show, Martha Stewart, The Biggest Loser, Fox Morning Show, Ellen DeGeneres and Entertainment Tonight to name a few. Curtis is also on this season of Donald Trump’s “Celebrity Apprentice“… where I drool on him most.
The Chef
From the Grill Room Curtis proceeded to the Mirabelle as Sous Chef and played a large part in creating the ‘Mirabelle Cookbook’. He worked there for a further year and during his time there the restaurant was awarded a Michelin Star. After winning Marco’s trust and respect he was made Head Chef at another one of Marco’s flagships the critically acclaimed Quo Vadis. A Soho institution since 1926, Karl Marx lived upstairs and the previous owners included Peppino Leonie and Damien Hirst. It was during Curtis’s four year stint at Quo Vadis that he was approached by a publisher to be included in a book about London’s finest chefs. This book ‘London on a Plate’ led to an agent and a number of opportunities within the media along with an ever increasing waiting list at the restaurant.

Curtis, it’s NOT just because you’re HOT.. but you are an inspiration. I love watching you cook and I like your style. I love the flavors in your food, and after watching all those videos online I feel I need to grab all your cook books for my collection!

For all you want to know about Curtis Stone, and to watch his videos and look up his recipes, head to www.curtisstone.com.