I used to think eBay was my biggest online shopping temptation. Not anymore. For me, I think it all started when Catch of The Day introduced the concept of daily deals. I believe the idea is to heavily discount one item and put it out there on the internet “on sale” for 24 hours. Basically, although the profit per item is close to none – when thousands of people buy the same item on the same day, it becomes a win-win situation. Distributors are happy to sell overstocked items and consumers are happy to buy cheap.

However, an extension of daily deals websites have extended to “Group Buying” sites and have particularly exploded in Australia in 2010 even though it is already big in the States.  The way it works is quite simple – a single bargain goes on sale, for a limited time usually 24 hours, and must reach a minimum number of buyers before the deal is on. Fail to reach the minimum and the deal doesn’t go through, though in practice this rarely ever happens.

The original daily deals concept of selling PRODUCTS at a heavily discounted price have since then been extended to everything else from restaurant deals to adventure holidays to spa treatments via these group buying sites.

Why am I telling you all this?

Like I said, eBay is no longer my biggest online shopping temptation. I am now constantly being tempted by restaurant deals from these group buying sites claiming a whopping 60% discount and extremely great “value for money”.

So I have recently purchased three separate vouchers from three different Group Buying Sites and I’d like to share with my readers just how much “value for money” you really get from these deals.

Deal One: “A sumptuous seafood feast for two at The Lounge Hotel, Docklands! A dozen oysters, two grilled seafood plates and wine – only $40! You save 62%! 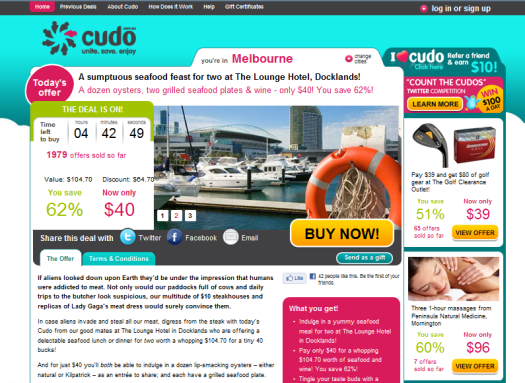 Firstly, a few facts about what I think of this deal:

So basically, this is a good way of getting people to give your restaurant a go. If you’re a new restaurant and you haven’t quite built a solid reputation in the food industry, group buying sites offer a “publicity stunt” so unique it is worth your advertising and promotion dollars. I’m not sure how much “profit” restaurants would actually make from selling these deals, but hey – if I happen to like my first experience here, what’s stopping me from coming back?

A few other points worth pondering:

I suppose in some ways, the concept is not much different to prepaid phone credit. You pay $30 for $120 worth of prepaid phone credit and you need to use it within a month or the credit expires. At most times, you never get to use $120 worth. It just gives you that peace of mind that you’re less likely to run out of credit – and the feeling that “you got a good deal” and “value for money”.

So we finally come to the part where I start reviewing my first restaurant experience purchased via a Group Buying Site. In this case, CUDO.

My workmate and I decided to book our lunch at The Lounge Hotel, Docklands as we thought it would be less busy at lunch time and hopefully I get better lighting for photos. 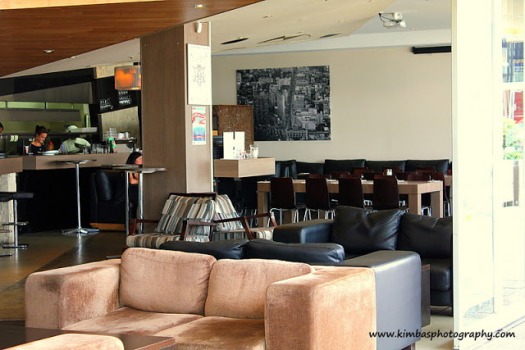 As we were approaching The Lounge Hotel, which is basically a pub that’s not too big but clearly looks like it could be quite a cosy yet cool hangout place at night with Live Music, the restaurant looked rather empty. I suppose it’s not much different to all the other restaurants on a Tuesday afternoon. It’s just quite normal for The Docklands! It’s … quiet! It’s quite strange, because The Docklands actually have some great restaurants and if it was buzzing with activity it would’ve been an ultimate place to check out in Melbourne. 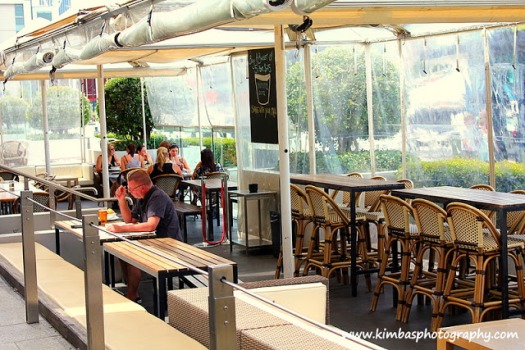 Anyway, back to my review. We sat down and quickly realised that the couple on our left were there to use the same Cudo voucher, and so are the two ladies on the table on our right. Part of the deal included a bottle of house wine, but we were not interested in having wine in the middle of the day so we just opted to swap with a glass of Coke and pineapple juice. The restaurant was more than happy to accommodate.. after all, the soft drink and juice is a lot cheaper than the bottle of wine!

Our entree arrived nice and quick. Nothing could’ve gone wrong with this entree. The natural oysters were fresh and the sauce complimented them very well. The dozen oysters alone on the menu was $26 so our $40 bill was already more than halfway there with these oysters. They were an incredible treat for a weekday lunch.

And then comes the waiting…

I was so tired of waiting, I decided to chat to the couple next to us and ask if they were happy with their meal and if they would ever come back to this restaurant again and pay full price. They both said a big fat NO and they were happy to spend $40 on this meal but didn’t think it was worth more than $100.

45 minutes later, our Grilled Seafood Plates arrived. It’s actually quite an attractive looking plate. According to the menu, this plate was about $27 each – so we very well and truly exceeded our total bill of $40 at this point. The fish was beautiful, soft and tender the way I like it. I hate fish cooked to the point of dryness more than I hate beetroot. The scallops were just a little bit overcooked, but it was okay. The prawns were fresh and deliciously flavored with a hint of garlic and herbs. The mussels, well they were cooked mussels. Fresh and tender. The CHIPS were surprisingly really good pub chips. It was nice and crispy, not soggy at all. And the seafood sauce? Pretty average but I really like how they were served in a seashell. Very pretty.
But here’s one thing I didn’t get – the restaurant was pretty empty at that time. WHY did it take 45 minutes for our mains to arrive? They knew we were coming because we booked in advance and mentioned our Cudo voucher. It IS a work day and therefore we had lunch break time constraints to be mindful of. If it was that slow on a slow day, how much slower would it be on a busy weekend night??
Overall though, for $40 it was an excellent meal for two.
﻿
So I’ve gathered based on this experience alone:

So that’s my two cents so far on the true value of Group Buying Sites. You just need to look out for the really genuinely good deals. Go for what you know is good value. Go for places that are conveniently located so you don’t have to travel out of your usual way to get there. Don’t expect 5 Star service, but when you do get excellent service TELL THE WORLD! Avoid busy times e.g. Saturday nights. I don’t think we somehow “deserve” to get any less of a service or quality just because we paid extremely discounted prices.

My next review will be on another deal from JumpOnIt.com.au at Santorini Hawthorn sometime middle of March. We bought 3 coupons between 3 couples going together on the same night on a Friday night! Should be interesting. Stay tuned!

13 thoughts on “How much "value for money" are you really getting from Group Buying Sites?”